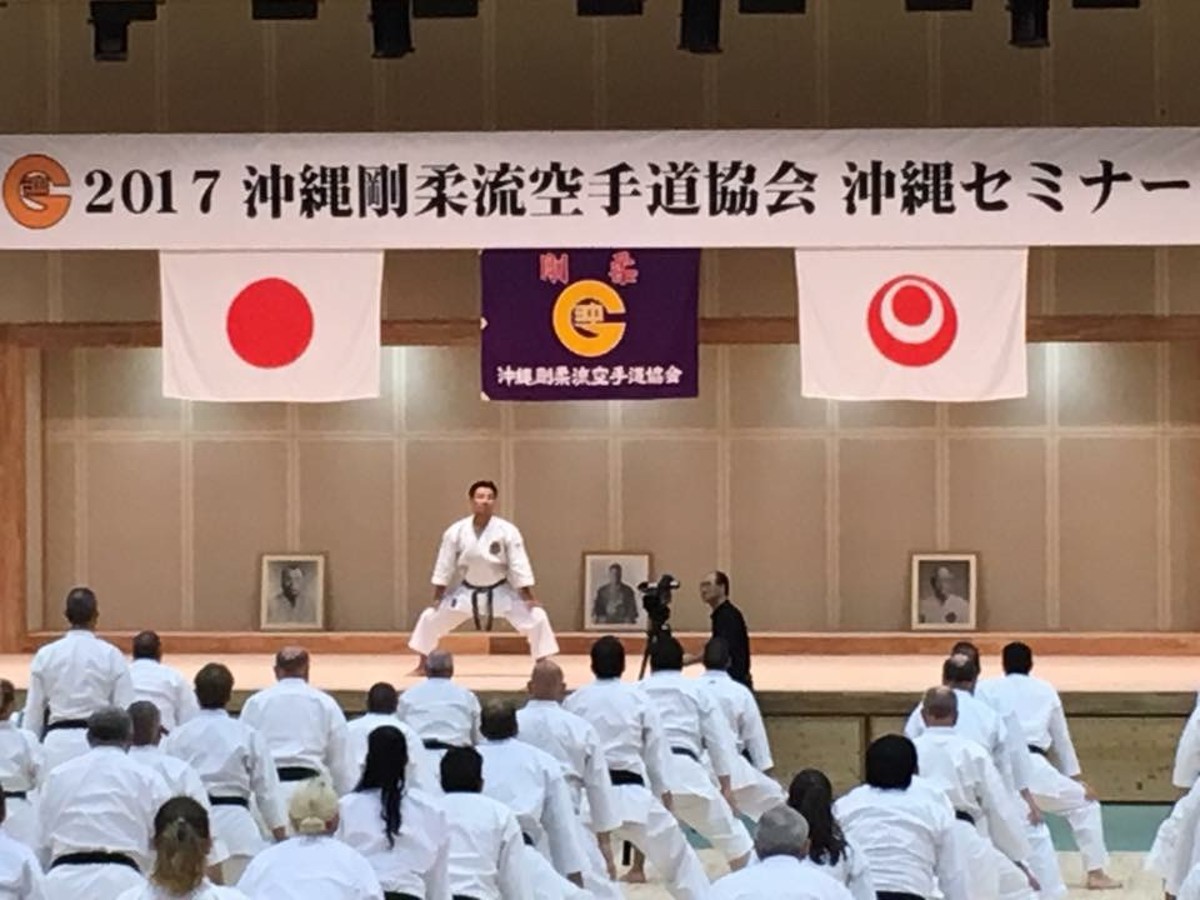 From 27 to 30 July 2017, Karate NAHA, Okinawa, was in the cradle. World Gasshuku (Seminar) Okinawa Goju-Ryk Karate-Do Kyokai (OGKK), which is our club member and won in 2007 the exclusive representation of this organization.

Let’s just recall that in 2016 our club hosted and organized the 15th European Gasshuk OGKK in Hustopeče near Brno, where there were less than 180 members under the leadership of 7 Japanese masters.

The seminars were attended by our trainers Jaromír Musil and Ing. Pavla Linhatrová, Ph.D. And gain valuable information for our students. The whole event was attended by over 240 trainees all over the world. The entire event was led by 20 Okinawa Masters.

Unfortunately, the event was shrouded by a sad event, because 2 days before the event died after a severe illness Honorary President OGKK (Okinawa Goju-Ryk Karate-Do Kyokai) HANSHI Yoshio Hichiya 10. Dan OGKK. Yoshio Hichiya was coach (with Masanari Kikugawa) for all students from the Czech Republic. 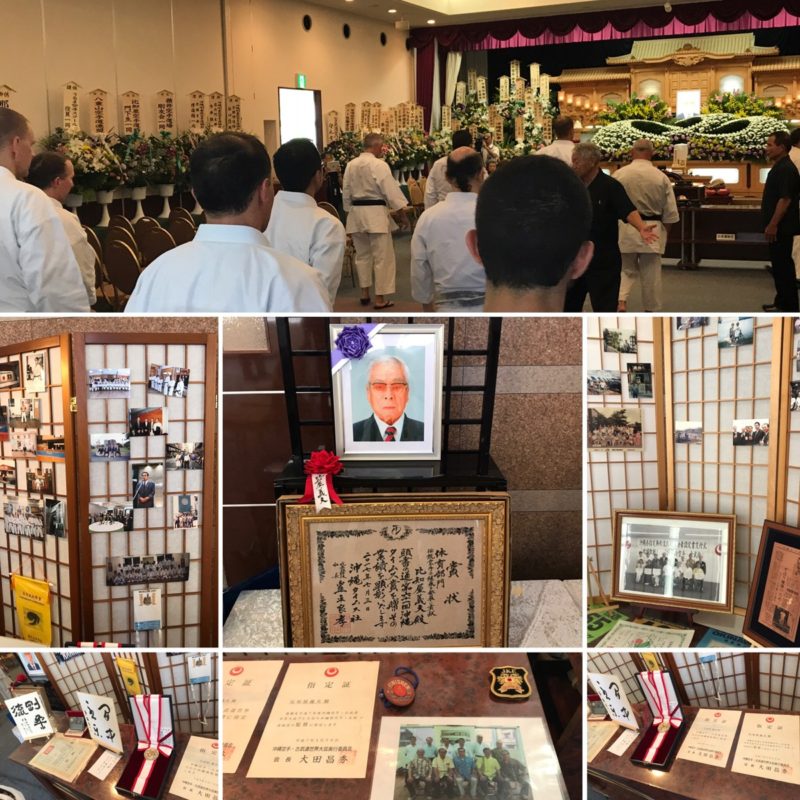 Even though this event was sad one positive, it found it. During the last farewell to Yoshio Hichiyou, all the participants in the seminar (the seminar was interrupted and the organizers secured a bus transfer to the mourning ceremony) attended by over 300 Karatests …

As every year ends on the last day Gasshuku runs Sayonara Party, which announced the results of tests of technical grading and there are different presentation of the organizers and others. On this final act of the Czech Republic surprise awaited, which was kept secret until the last moment.

Mr. Jaromir Musil has been awarded the RENSHI title (this is an award awarded by the organization and a total of 3 RENSHI, KYOSHI and HANSHI awards). also Mr. Josef Henkens was awarded the title Kyoshi. It was the only two awards tonight. 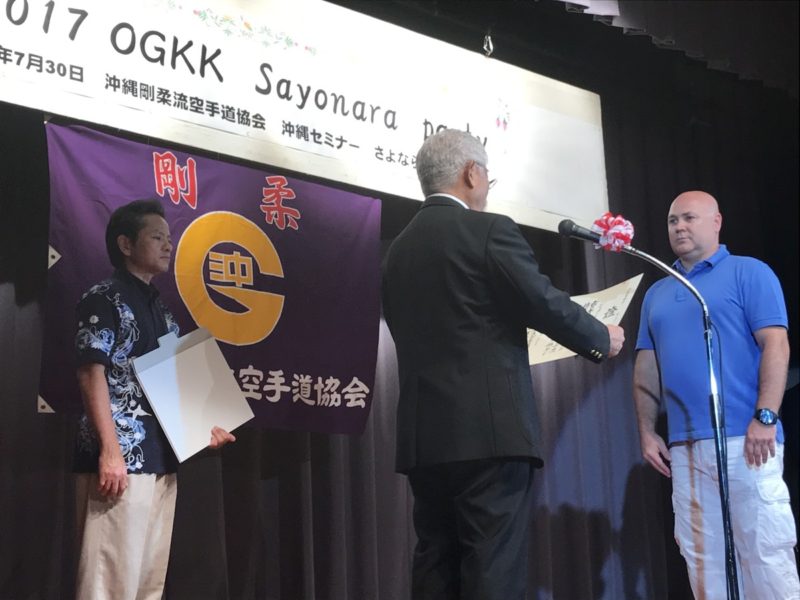 The next event of this organization will take place on March 30 until April 2, 2018 in the Spanish town of Murcia, the 16th European Gasshuk OGKK 2018.